Benjamin Creme presents a compelling vision of the future. With Maitreya, the World Teacher, and His disciples the Masters of Wisdom openly offering Their guidance, humanity will create a civilization worthy of its divine potential. Peace will be established; sharing the world’s resources the norm; maintaining our environment a top priority. The new education will teach the fact of the soul and the evolution of consciousness. The cities of the world will be transformed into centres of great beauty.

This book offers invaluable wisdom on a vast range of topics. It includes Maitreya’s priorities for the future, and interviews with a Master of Wisdom on ‘The Challenge of the 21st Century’. It explores karma and reincarnation, the origin of humanity, meditation and service, the Plan of evolution, and other fundamental concepts of the Ageless Wisdom Teachings. It includes a fascinating look from an esoteric, spiritual perspective at 10 famous artists — among them Leonardo da Vinci, Michelangelo and Rembrandt. Like the first two volumes of Maitreya’s Mission, this work combines profound spiritual truths with practical solutions to today’s most vexing problems. It is indeed a message of hope for a humanity ready to “begin the creation of a civilization such as this world has never yet seen”.

The latest volume in the series clarifying the mission of Maitreya, the World Teacher, and his disciples the Masters of Wisdom. Again, published in easily digested format of questions and answers. The future is bright for humanity. Peace. Sharing. Conservation. The broadening of consciousness. Yes, and beauty. Everything you can imagine ― actually, everything you can intuit ― is here in this book. Illusion, reality, the meaning of angels, devas, spiritual valuations of ten famous painters, earthquakes, education, ringing in the ears, healthy eating, the inhabitants of Jupiter, spiritual interviews. Point? "To consolidate the treasure of the past and inspire the marvels of the future." In the back, a list of initiates, their rays and stages of evolution. Also, a very useful, complete glossary of terms. Creme is consistent, perceptive, a believer in the evidence of things not seen. "We are spiritual Beings, literally gods, who reflect themselves on the soul-plane as the human soul, which acts as an intermediary between that divinity and the personality on the physical plane." An eloquent and absorbing expedition into the shape of reality. (The Book Reader)

For the past 20 years, Benjamin Creme has been the spokesperson for the spiritual teachings of Maitreya ― Christ's Second Coming - and his disciples, the Masters of Wisdom; he is a passionate believer in a near-future of transformed global consciousness. A number of books have been spawned by his dedication to and psychic contact with the Masters and Maitreya, including two previous volumes on 'the mission'. This third in the series focuses more intently on the future while it explores such topics as karma and reincarnation, the origin of humanity, meditation and service, and the Plan of Evolution. The emphasis is decidedly upbeat as visions of a brilliant tomorrow filled with 'self-realized' humans are frequently invoked amidst a wealth of other material (nearly 700 pages worth). The timetable for these changes comes across as somewhat variable, but the message is clear that in 15-20 years a great leap will have been made at all levels of our being. This is a meaty presentation that in answering many questions raises just a few more. (Matthew Gilbert, NAPRA Review)

Maitreya's Mission, Vol. 3 is filled with a tremendous amount of wisdom on a huge range of topics and offers practical solutions to many of our most challenging problems. Those who read this book will find themselves on an accelerated journey into the realms of consciousness that will change their world forever. (Kendall Klug, Vision Magazine)

Benjamin Creme is … optimistic about what is to come, certain of his mission, and erudite in the manner in which he communicates. Having studied and appreciated the writings of Alice Bailey (which, along with Blavatsky's writings, form the foundation of Creme's teachings), my own hope is that the dramatic changes which he predicts will actually come to pass. I also look forward to what he refers to as the 'externalization of the hierarchy', because those of us who feel we are here to help usher in the changes need all the help we can get, from this side as well as the other…Creme speaks clearly and knowledgeably about what he believes is required to remedy many of the problems that now beset mankind, and much of this is in the form of brief articles and question-and-answer sessions, which makes interesting 'pick-up' reading. His discussions of timelessness, the art of waiting, the nature of evil, meditation, and the initiatory process, among many other subjects, are fascinating reading. If one is interested in a book that is down-to-earth and far-out at the same time, I strongly recommend it. (David Dohrmann, Access) 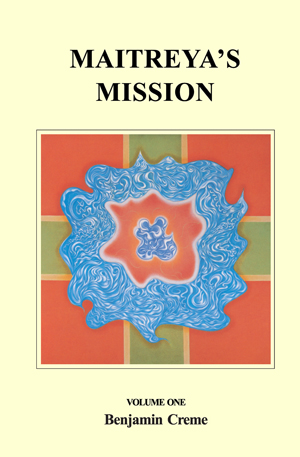 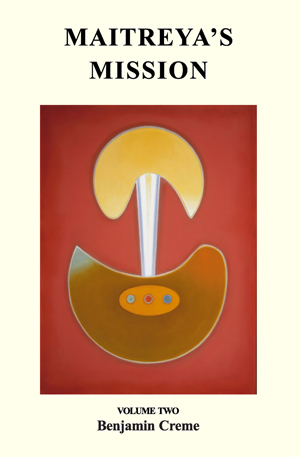