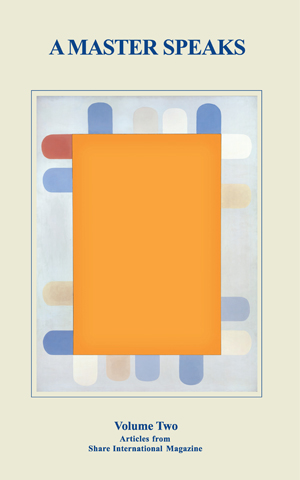 Humanity is guided from behind the scenes by a highly evolved and illumined group of men Who have preceded us along the path of evolution. These Masters of the Wisdom, as They are called, seldom appear openly, but usually work through Their disciples — men and women who influence society through their work in science, education, art, religion, politics, and in every department of life.

British artist Benjamin Creme (1922-2016) was a disciple of one of the Masters, with Whom he was in close telepathic contact. From the launching in 1982 of Share International, the magazine of which Benjamin Creme was founding editor, his Master contributed a series of inspiring articles on a wide range of subjects: The Brotherhood of Man, The ending of war, Unity in diversity, Saving the planet, Man’s divinity, The cities of tomorrow, Evolution versus creationism, The curse of commercialization, The path of co-operation, Overcoming the fear of change — and many more.

The purpose of these articles is, in the Master’s own words, “to present to the reader a picture of the life ahead, to inspire a happy and positive approach to that future and to equip them with the tools of knowledge to deal correctly with the problems which daily arise upon the way. From My vantage point of experience and insight, I have sought to act as ‘look-out’ and guard, to warn of approaching danger, and to enable you, the reader, to act with courage and conviction in service to the Plan.”

A Master Speaks, Volume 2 contains all the articles published in Share International magazine between January 2004 and May 2016. 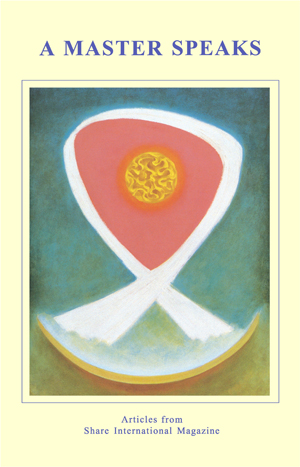